From all the countries, I was able to choose Catalunya, which I was very happy about, because that was my dream country. They even chose my preferred city – Barcelona and my first department – gynecology and obstetrics. In my Letter of acceptance, they said that I was supposed to start on the first of July in Hospital Clínic. A few days before my arrival I exchanging messages with my Contact person who told me that there had been a problem with the hospital and I might not be able to go there. It turned out to be true, but they resolved the problem within two days and I could start my internship on July 2 in Hospital Germans Trias y Pujol (Can Ruti) in Badalona.

I must say that this was the best hospital experience that I have ever had! From the first moment I felt very welcome, everyone was super helpful and so nice and friendly! It was absolutely amazing to see that the staff had such good and warm relationships among them and they were also very nice to the pacients. Most of my time I spent in the delivery room and also in the maternal urgencies. The only slight problem was that everyone in the hospital spoke Catalan and not Spanish (Castellano). Not many people spoke English. Fortunately, I can understand basic Spanish and I made arrangements with my resident who agreed to speak Spanish to the patients when visiting them with me.

The accomodation was quite luxurious – we lived in a student dormitory on the outskirts of Barcelona. There were appartments for 4 people with two separate rooms, a bit living room, equipped kitchen and a bathroom with a generous shower corner. When we arrived, everything was sparkling clean. The most amazing benefit of the dormitory was that in the area there was a free swimming pool, ping-pong table and a volleyball pitch where we spent almost all of our free time. The international students from all around the world were amazing and very social, we spent a lot of time together.

As the hospital was not in Barcelona, but Badalona, the ride to/from the hospital was a bit tricky – one way took us approximately 1h45, because we had to travel by buses (they are quite slow in Barcelona). At least I was not alone there, so I made some travel buddies 😊. The monthly ticket in Barcelona and its surrounding areas costs about 50 euros, which is a great price considering that you can travel anywhere around the city at any time.

The social program could have been organized a bit better. A lot of the activities were changing (days, times) and it was a bit chaotic, some of them did not even happen during the month we spent there. The activity that I enjoyed most was the National Food and Drink Party (NFDP), where everyone brough some typical food, snacks and drinks from their original country and we could taste and discuss it. We also did a beach hopping trip to Costa Brava (which was not orgnized by the AECS, but by Erasmus+ Barcelona).

Barcelona as a city is really a dream! It offers awesome culture, amazingly tasty food, friendly people, the beach and great weather (it was not as hot as I expected – and we did not even have air-conditioning in our apartment). I miss it already and would love to go back very soon! Te amo, Barcelona <3. 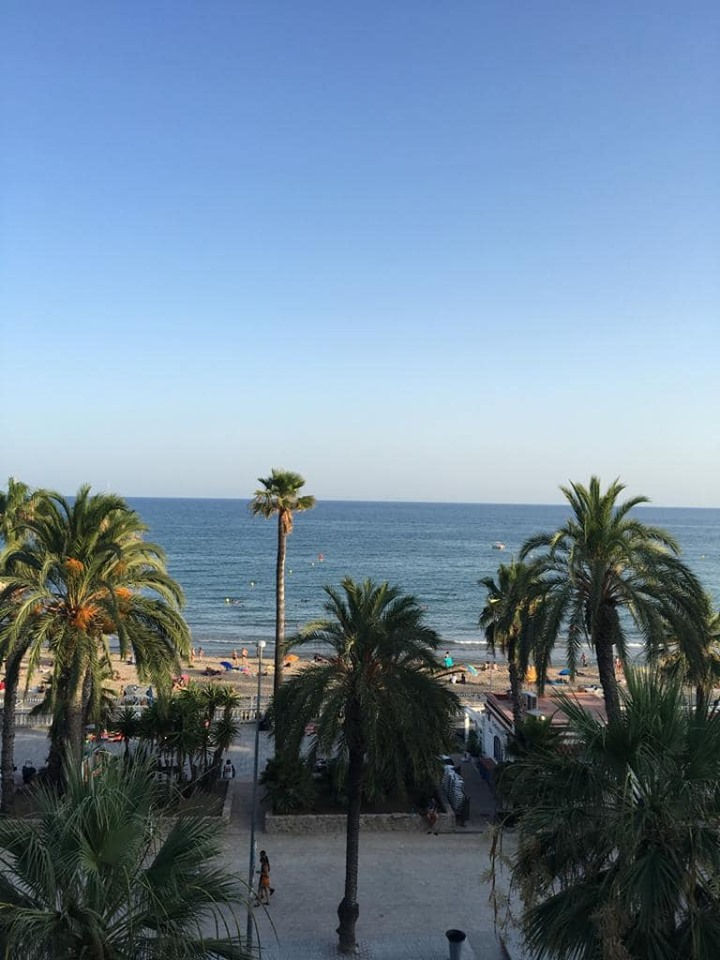