„Where are you going? Dubrovnik, Makarska, Split…?“

„Tuzla?! …Just Tuzla?“ The look on his face was priceless.

You can imagine that Bosnia isn’t a very touristy country, their coastline is only 20km long (Looking at you, Croatia). I assume most people also don’t choose Bosnia as their first choice when they’re picking a destination for their exchange. However, after spending one month there, I can honestly say I feel bad for everyone who misses out on the opportunity! It was beyond any expectations I had.

Tuzla is the third largest city in Bosnia. When I arrived, the first thing I noticed was how culturally diverse it is. You can see mosques, orthodox and catholic churches right next to each other. Although there is a mix of religions, you can really see that they have a lot in common, mainly the hospitality and kindness that all the Bosnians share.

My accommodation was in a very nice student hotel (Hotel Dorrah), where we were paired up with the other exchange students in our “dorm rooms”. The hotel looked very new and clean, it had all the amenities that we needed, including a laundry service and the option to eat at the restaurant on the ground floor. Our room included two desks, a kitchenette, a bathroom, strong Wi-Fi and air conditioning. When you cross the street, the biggest shopping center in Tuzla is there (Bingo shopping center), so whatever we needed to buy, it was easily accessible.

The hospital (University Clinical Center Tuzla) was approximately a 10-minute taxi ride from the hotel. We used taxis every day, because it was very cheap (4 convertible marks= 2 euros per taxi ride, which we split the price of), and faster than taking the bus, which don’t really go regularly as they should according to the schedule. For my department, I chose general surgery, because I heard that Bosnian surgeons are one of the best in the world (they had a war in Bosnia not that long ago, so they are all very experienced even in the hardest conditions, and they have a lot to teach you). However, in the end there was a mix-up and they ended up placing me in neurology. I think this was because there were already a lot of local students doing their summer practice in general surgery and it was very busy there, whereas in neurology I was the only student, and they had more time to dedicate to me.

I was happy to have my practice in neurology, because there were a lot of young doctors there (recent graduates, too), and some of them even became my friends. They were always trying to find something for me to do, and if there was currently nothing, they went over some of the most interesting cases they’ve recently had and explained everything to me. I practiced how to do neurological examinations, insert nasogastric tubes, and gained a lot of experience applying IV infusions with the nurses as well, which also gave me an opportunity to practice my Bosnian. Before I left, the chief of the neurology department gifted me a signed book of neurological propaedeutics that he co-wrote, which was a very sweet gesture, and I got a lovely recommendation letter from my mentor.

Some useful information to know about Bosnia- the coffee culture is very strong, you will get constant invitations to go to cafes, everyone loves to sit outside on terraces and drink bosanska kafa (essentially Turkish coffee). Bosnia is also very cheap; coffee is about 1,5km (0,75euro), beer is 2km (1 euro), and you can get a very nice meal for about 5km (2,5euro). The local food is incredibly tasty, but quite heavy on the stomach. Also, not a lot of options if you are vegetarian, Bosnians looove meat (to paint a picture, I ordered a vegetarian wrap, and there was tuna in it). The weather in the summer gets very hot, usually around 35 degrees, as you go down south it gets even hotter.

Besides me, there were 5 other exchange students in Tuzla. Usually there’s more, but because of Covid the capacity was limited. Apart from them, there were about 20 contact people who ensured we had the best possible time in Bosnia. As I pictured it, I would be “alone” in Bosnia for a month, have a lot of time to explore the city by myself, or go to a park and read books. I was very, very wrong. In the entire month, there was no time for boredom, our social program was full, and we had the absolute best time. During the national social program, we met the other exchange students from Sarajevo and Mostar, and spent the whole weekend together. We went rafting on the Neretva river, ziplining and clubbing in Mostar. Although visiting Sarajevo wasn’t planned in our social program, we had the last weekend off, so we decided to go there together as well before parting ways. In Tuzla, we always had something to do, and we were very lucky that the local students never failed to find time to hang out and party with us, even though they were in the middle of their exam period.

We all became incredibly close, created a lot of memories together, and I’ve stayed in touch with them even after the exchange. We even plan on coming back to Bosnia for a trip next year or visit the countries where the other exchange students were from, together as a group!

I cannot recommend you enough to go to Bosnia for an exchange. Besides learning a lot from the incredibly smart doctors in the hospital, you will have the time of your life with the lovely locals, and I guarantee you won’t be visiting for the last time. Bosnia is a true hidden gem. 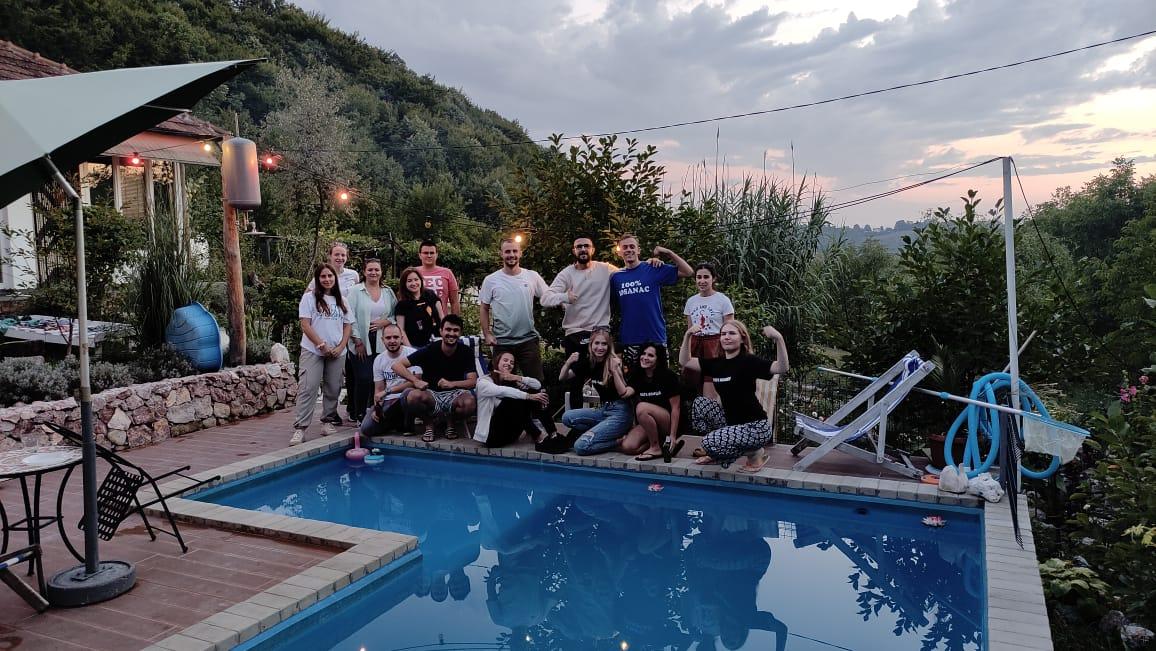